Last August Aura Navan Member Mairi Caughey embarked on a 5-day hike from France to Spain. Mairi began her training in our Aura Navan centre in early June with our fitness instructor Kacper. The route crossed over the Pyrenees mountains and followed a route used by those fleeing the Nazis in France during the second world war. The route is known as Chemin de la Liberte, or The Freedom Trail, and starts from a small town in France called Saint Girons and ends in the village of Alos d’Isil in Spain. 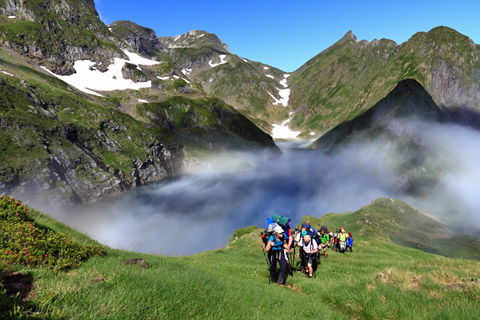 The walk, totalling 72 kilometres over 5 days and reaching heights of 2494 metres, is not for the faint hearted. Participants must be physically fit, well-equipped and have undertaken sufficient training to master the mountain conditions and high altitudes involved. 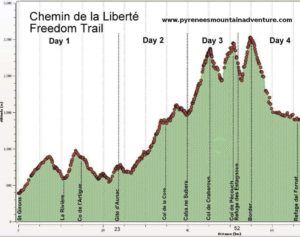 Mairi began her training in our Aura Navan centre in early June with our fitness instructor Kacper.

“I started training in the gym in early June and it was Kacper and another staff member who gave me my programme.  There was lots of leg strengthening, shoulder and arm work because I was going to be carrying a rucksack weighing about 12 kg for up to 10 hours a day.

I think I managed 3 workouts per week up until early August when unfortunately, other things took me away from my routine!  So, I probably spent about 6-8 weeks in the gym.

In truth, I could have done with much more training but nevertheless I managed it, and I have no doubt I would have had to drop out after the first day if I hadn’t had the training I did from Aura’s staff.”

Well done Mairi from everyone here at Aura!

To get started on your own fitness journey, however large or small, join Aura Leisure today! For details on our membership options visit www.auraleisure.ie