Monica, who contested the TG4 All-Ireland Intermediate Final playing for Meath, also pursed her passion professionally working in the health and fitness industry since a young age.

Starting in 2012 as a Leisure Attendant, Swim Teacher, Gym Instructor and Lifeguard in Aura Dundalk, Drogheda and Navan, Monica then went on to act as Duty Manager in DKIT Sport. Monica then worked her way up the ranks and was promoted to Operations Manager in Aura Leisure Tullamore and just last week the Aura Holohan Group announced Monica will now be heading up the Aura Leisure Centre in Drogheda.

Monica is a local hero and an inspiration to young girls looking to pursue their passion in sport, health and fitness.

TG4 and the LGFA have confirmed that Ladies Football will feature in next year’s reality TV show ‘The Underdogs’, the television series which is broadcast on TG4 each Autumn. 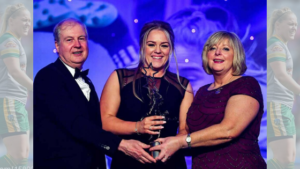 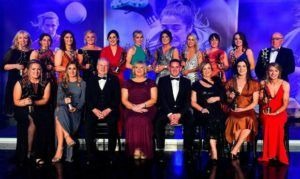