That huge rush of excitement I was feeling from my training, new mindset and hard work, soon vanished once I read the race briefing for the first time. Two major concerns came to light from reading the email. The first being that the use of personal music devices were prohibited. It was such an unexpected rule for me, and it really did throw me. To be perfectly honest I wasn’t even sure if I could run 2km without my podcasts, and I now had 2 days to learn how to run 6.3km without them! Panic was setting in, when I discovered the length of time put aside for the event, it only added to that panic. The start time of 2pm for the event threw no major challenges at me, but it was that the event was scheduled to finish at 3.30pm – on the same day! This allowed competitors one hour and 30minutes to complete the race from start to finish. My plan was to finish the race in double that time, allowing myself 3 hours to get over the finish line. I was now concerned that there would be no finish line to cross by the time I eventually finished. All I could do was laugh! I had put my heart and soul into training, and I had every intention of finishing the race – regardless of if the finish line was still there or not! 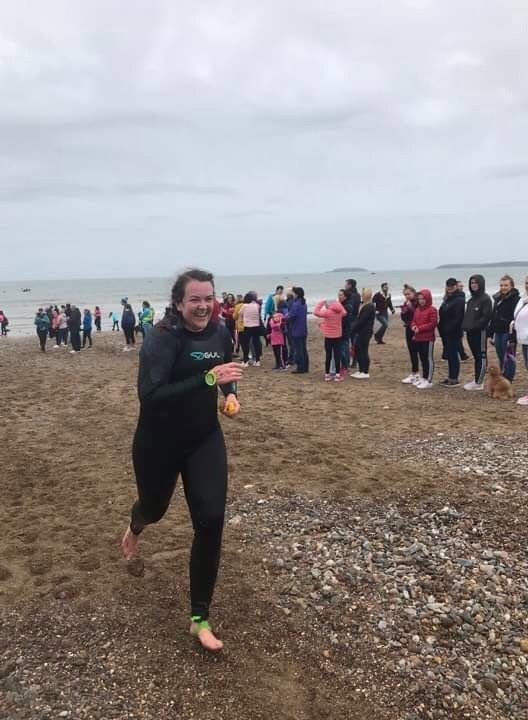 I woke up with a head cold and a runny nose, not the best start to the day but I wasn’t going to let that stop me. I ate my porridge, remembered to pack my wet suit, hook up the bike and I hit the road. I was feeling confident and prepared to take on whatever the day threw at me. My nerves got the better of me at registration. I’m not sure if triathletes are aware of it but with their Lycra clothing and special bike shoes, they are a very intimidating bunch. I had only the one pair of shoes for both the cycle and the run, and the remainder of the weekend to be honest. I struggled to find anybody who looked as lost or as nervous as I was feeling, they all looked very cool calm and collected. After a quick encouraging phone call from my mum and sister who were on their way down, I bit the bullet, registered, and collected my race number, timing chip and goody bag. I made my way to the transition area with my bike, and once there I seriously regretted not bringing stickers or a helium balloon to tie to the handlebars, so that I would know which was mine among the hundreds of other bikes in the area. While in the transition area I noted that I was race number 45 but thought no more of it, and assumed numbers were given depending on how early or late you had signed up for the race online.

It wasn’t until I was in my wetsuit in the briefing area 20 minutes before the race, when I realised my terrible mistake. When registering online you were asked to give your estimated swim time. At the time of registration, back in July I hadn’t a notion as to how long it would take me to complete the swim distance, so I wrote down one hour so that I wouldn’t be getting in anybody’s way. Little did I know that the timing format was in minutes….not hours! This now meant that I had registered saying I could complete my 750m swim in 60 seconds. Therefore, rather than being at the very end of the crowd I was now in the first wave of the swim, with some of the most elite athletes in the race. It was at this exact moment more of my family members turned up as a surprise to show their support, at least they got a great laugh out of my mistake.

Among these elite swimmers in the first wave, were Sebastian Helka (who came in the top 5 over all in the race) and Ben Terry. Both of whom I work with and I know I am at least two times slower than them swimming, never mind running or cycling. On the bright side I think my mistake settled the nerves of several of the athletes in the first wave, who could also find the funny side in what I had done. We only had a short laugh in the shoot though, as before I knew it, I was at the top of the shoot (wearing my €48 wetsuit and my “elite swimmer” yellow hat with pure embarrassment) and in the race. It was quite a surreal experience knowing that all my hard work had led up to everything I did within the next few hours. My one and only mission was to finish the race and not give up!

Something I will Never Forget

The race itself was a bit of a blur. In saying that I very clearly remember feeling silly for thinking about the helium balloon idea, as when I finally got out of the water my bike was the only one left in my area, so I had no issues finding my bike. I discovered it is very difficult to tie shoelaces when you have just come out of the sea with numb fingers. I learnt the hard way, to not look behind you and qawk at the people who had fallen off their bikes, as by doing that it was very easy to fall off your own! During the run – after stopping twice to retie my laces, it soon became clear it wasn’t only the podcast that were getting me through my run. It was my new mindset of not giving up! That realization, and the incredible support and comradery from other competitors is something I will never forget. I remember at the end of my 3rd km, my brother ran a few paces alongside me as encouragement and I said to him “I’d say this is the slowest sprint they’ve ever seen anybody do. I don’t think there’s even anybody left doing the sprint!” To which the lovely guy in front of me replied “You’re alright, I’m still trying to finish it too!”

Aside from a dodgy knee and a few bruises, the sense of community and support I felt during that race is something I will never forget. The cheering and encouragement on the way out of the water really took me aback, it pushed me to give all the supporters something to cheer about. On the cycle, it was rare that the person passing me out didn’t offer a word of encouragement as there were overtaking me – and I got overtook by about 90% of the race participants! The support shown from the Youghal community during the run was out of this world, and something each and every one of them should be very proud of. One of the most mentally draining parts of the race was the turn past Aura to go up the hill, to start the second and last lap of the run.  Something I don’t think I could have done without the incredibly loud support of both, my family and amazing co workers at Aura Leisure. 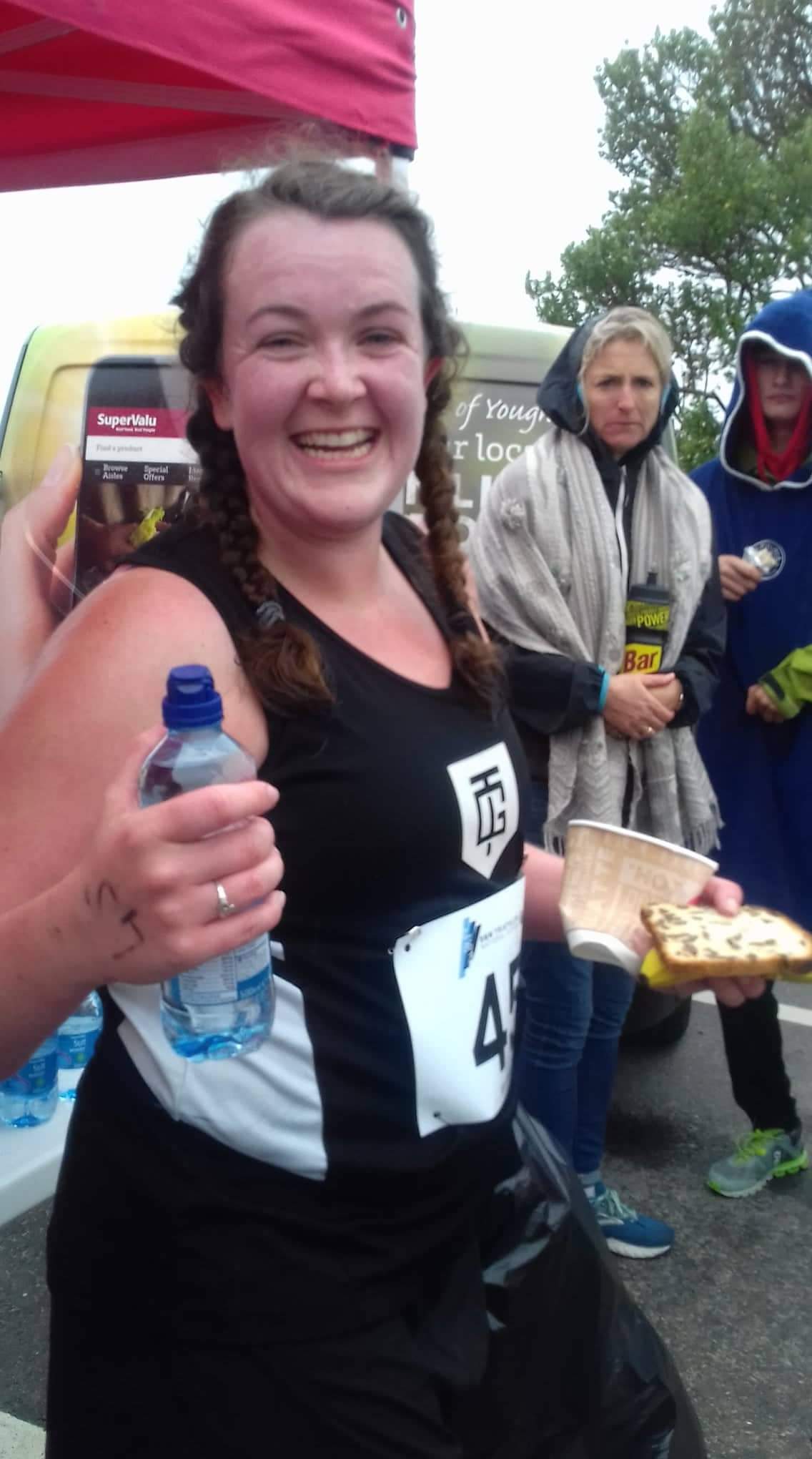 All in all, it was an incredible experience and even though I didn’t complete my swim in 60 seconds, I am incredibly proud that I tried, and I gave it my all from start to finish! I completed the race in just under 2 hours and I even had a few minutes to spare before they packed up the finish line!