“You know, it’s moments like these when I realise what a Superhero I am” – Tony Stark (Ironman 3)

June 23rd 2019 – a day that will be forever etched on the people of Youghal’s hearts. 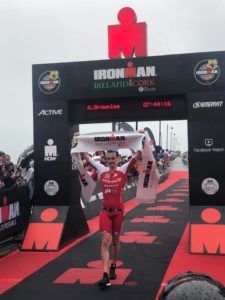 Superhero’s from every race and sex, every age, shape and size made their way to Claycastle Youghal. The Beach –where they were all about to AVENGE the worlds largest sporting event – Ironman 2019.

2650 athletes from 62 countries in total.  Many hurdles would stand in their way. Many obstacles they’d have to face. Super powers not visible to the naked eye to be tried and tested but all would become victorious in their own rite.

Rain bucketed down. It’s as if Thor himself ordered the gods to do their very worst to try these athletes. The first knock came with announcement that the swim had to be cancelled. The huge swell from the treacherous weather conditions meant that the safety of the participants it would not be possible to complete the swim.  Disappointed, but undeterred, they mounted their bikes and took to the roads. A 180km bike ride faced them with roads of high surface water. 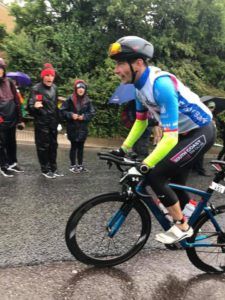 Included in the bike course was the dreaded Windmill HELL (Hill!!!) with a gradient of 21% for each athlete to cycle up. This tested them to their very limits. It may have been hard on the bodies, but it certainly didn’t break them. This is thanks to the crowds of people that gathered on the hill – some to encourage their loved ones taking part, others just to support all the participants. Words of encouragement, pats on the back and “Keep Going” echoed up and down Windmill Hill and gave each and every athlete a much needed boost. 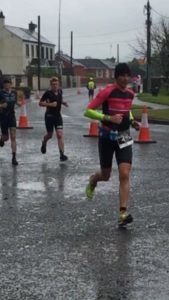 As they began the run, 26 miles, their bodies began to feel the true impact of this race of endurance. Still, they carried on.  On course, songs from revellers outside the pubs on the streets of Youghal spurred each runner on and quite honestly, would make you very proud to be Irish. Huge chorus would erupt when the local participants passed and you could tell from the looks on their faces that this provided them the fuel to keep going. The scenes at the finish line as each athlete crossed were jubilant, joyous and full of emotion. 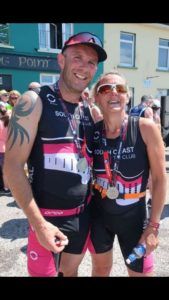 For Aura Leisure Youghal, we were heart and soul invested in this event.  Firstly, we had the pleasure of sponsoring Warren Terry, a long standing member (and Ben, our lifeguard/swim teacher’s dad), his membership for the duration of his training.  Not only that, we are proud to say that many of our members took part and crossed that finish line with pride. 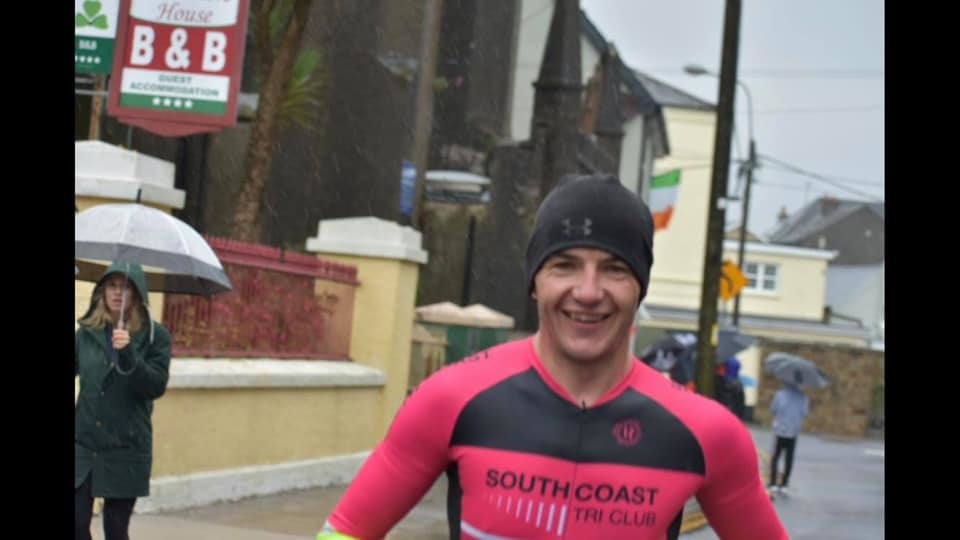 Des and Joanne O Halloran (parents of our lifeguard/swim teacher Alicia), Christy McCarthy, Ken Kavanagh, Michael Roche and Ger Flanagan are all members here with us and are now legends to us all.  We followed and tracked them on the Ironman app on the day. WE cheered them from the sidelines.  We willed them to finish – and they didn’t fail us. Now each and every one of them are holders of Ironman medals and are huge inspirations to us all. They have certainly set the benchmark for next year. 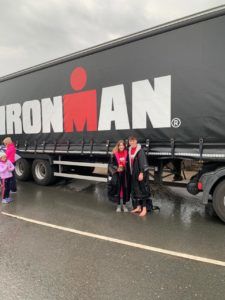 From the volunteers that stood in the rain (some of our own staff included), to the people who chanted and cheered these Ironmen and Women over the finish line, Youghal can proudly take a bow. 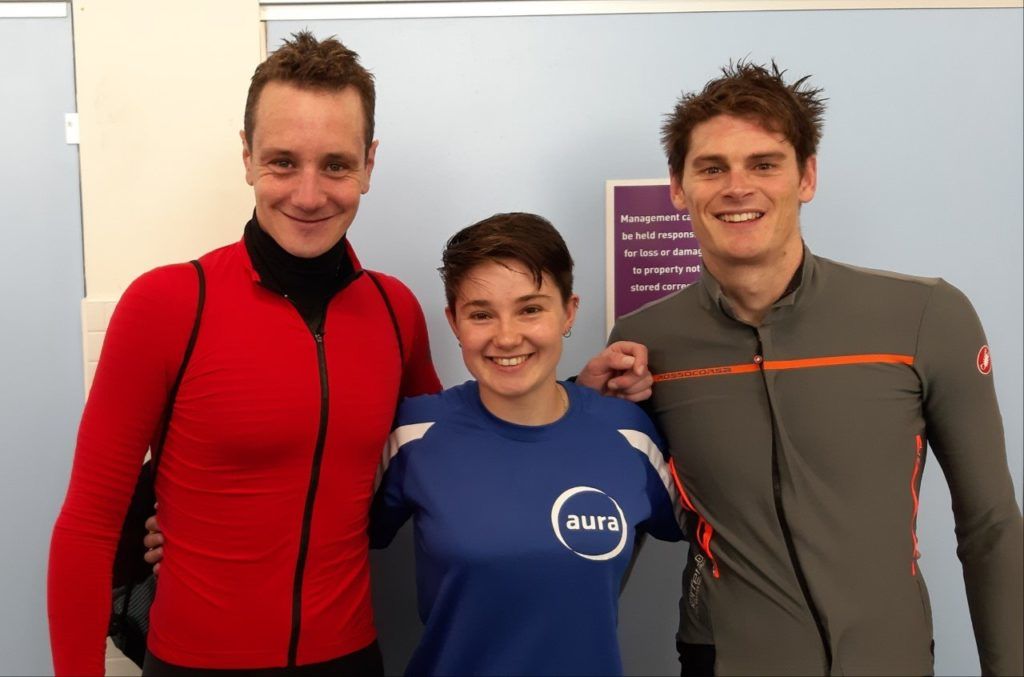 Here in Aura Youghal, we were blessed to be involved in the build up to the event. During the week, we got to meet the nicest people.  Athletes and their families came through our doors from different corners of the globe – all with different stories to tell. Alistair Brownlee, Olympian and WINNER of Ironman 2019, had used our facilities and posed for photographs with our staff members. We reckon it’s with the help of Aura that he actually crossed the line victorious!!!!!! 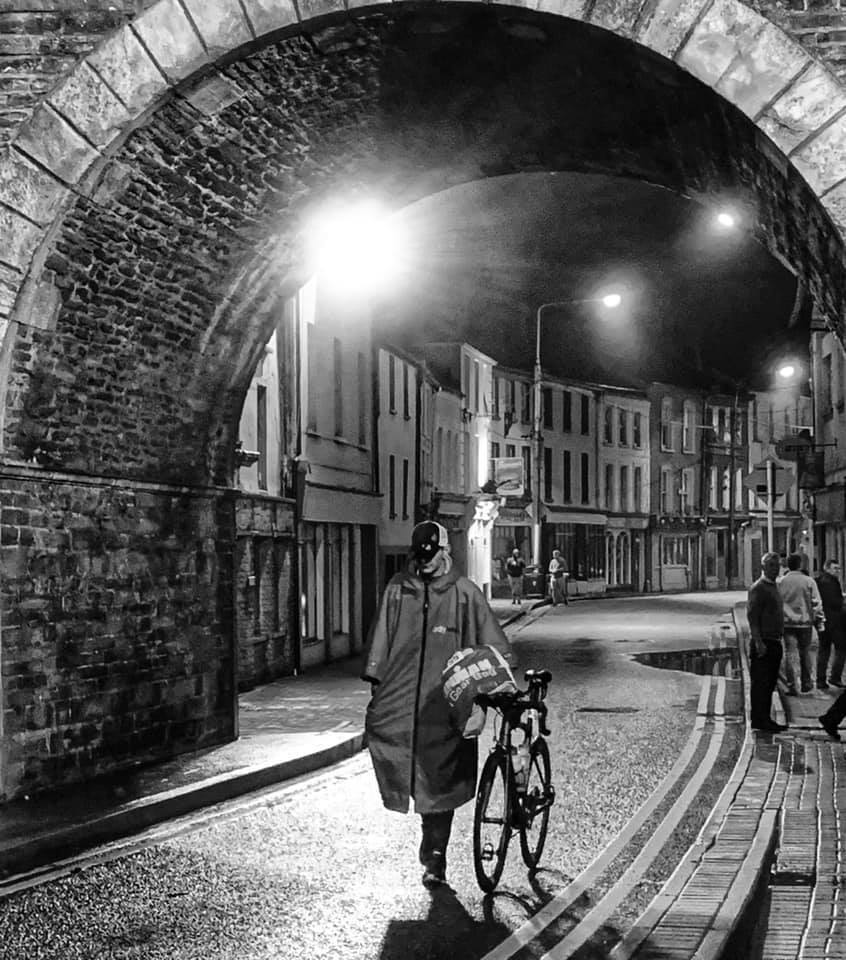 Whether you completed the course as a PRO or crossed the line very last, each and every one of these humans are heroes. They made us proud. They even inspired others to give it a bash next year. No capes needed – these people are superhuman! We’ve said it before and we’ll say it again – Aura- we love our members!